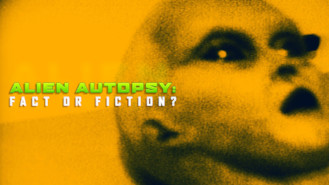 Not in Philippines but still want to watch Alien Autopsy: Fact or Fiction??
No Problem!

This documentary presents gruesome footage of military doctors conducting an alien autopsy in 1947, which was exposed as a hoax after the show aired. It was a grisly scene straight out of the scariest sci-fi films. But they insisted it was real.