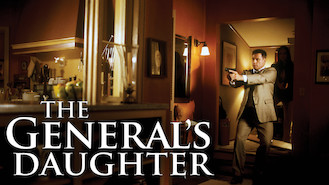 Not in Philippines but still want to watch The General's Daughter?
No Problem!

Respected Army Gen. Joe Campbell is headed for a hero's retirement -- until his daughter is raped and murdered on his military base. An Army captain is found dead. Did her sordid lifestyle lead to murder, or will her death expose an even darker truth?