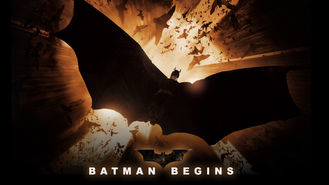 Not in Portugal but still want to watch Batman Begins?
No Problem!

Following the murder of his parents, Bruce Wayne trains with a shadowy organization and returns to Gotham City to fight crime under a new guise. A brooding orphan becomes a masked avenger to protect his city. Can one man defeat the forces of darkness?