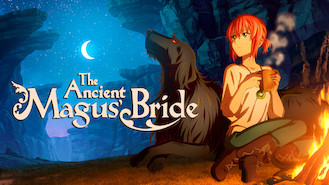 Not in Portugal but still want to watch The Ancient Magus' Bride?
No Problem!

Fifteen-year-old Chise has nothing and no one to live for. But that changes when she becomes the apprentice and future wife of inhuman mage, Elias. Her life was empty and bleak. Until an immortal mage changes her world when he claims her as his apprentice.