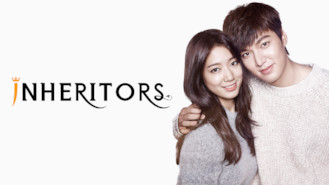 Not in Portugal but still want to watch Inheritors?
No Problem!

After a chance encounter in LA, two teens from different social backgrounds reunite at an exclusive high school attended by Korea’s über rich. For chaebol heirs primed to take over the family empire, duty means everything -- until young love gets in the way.