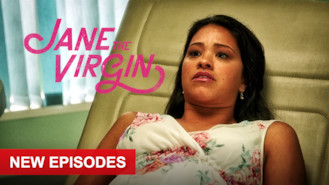 Not in Portugal but still want to watch Jane The Virgin?
No Problem!

After vowing to remain chaste until marriage, Jane Villanueva learns she's pregnant due to a medical slip-up and has to rethink her future. A young woman's lifelong goal to stay pure is foiled. Now she's got nine months to come up with a new plan.