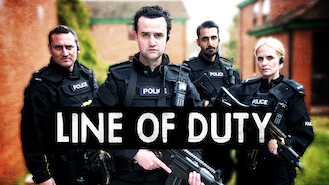 Not in Portugal but still want to watch Line of Duty?
No Problem!

DS Steve Arnott is transferred to a police anticorruption unit after he refuses to be part of a cover-up involving an accidental shooting. He got shunted to an anticorruption unit. Now this ostracized cop must investigate a decorated fellow officer.