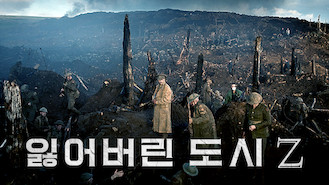 Not in South Korea but still want to watch Lost City of Z?
No Problem!

In the early 20th century, British explorer Percy Fawcett becomes consumed with finding a mysterious ancient civilization in the Amazonian jungle. A fearless adventurer. A mythical city. A dream turned obsession. When destiny calls, he's willing to risk everything.