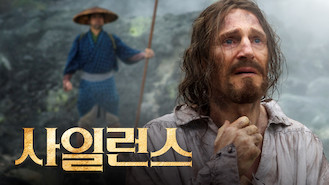 Not in South Korea but still want to watch Silence?
No Problem!

Jesuit missionaries face grim tests of faith as they seek a missing priest in 17th-century Japan, where their religion is brutally outlawed. They were chosen because their faith is strong. It's about to be profoundly tested.