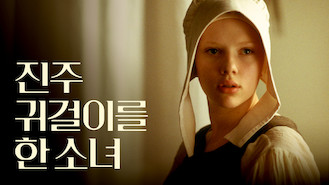 Not in South Korea but still want to watch Girl with a Pearl Earring?
No Problem!

Girl with a Pearl Earring

In this adaptation of the best-selling novel, a young housemaid with a hidden appreciation for art becomes the muse of Dutch master painter Vermeer. Thanks to a great painter, her face would be remembered forever. But who was the girl behind the image?