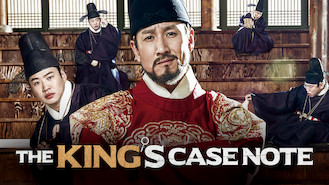 Not in South Korea but still want to watch The King’s Case Note?
No Problem!

While investigating a murder case, the king and his loyal assistant uncover a sinister plot that threatens to destabilize the kingdom. The monarch and his aide may be the best detectives in the kingdom. And they're about to discover a treasonous scheme.