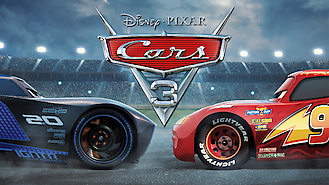 Not in Spain but still want to watch Cars 3?
No Problem!

Sleek female race car Cruz Ramirez helps old-time champion Lightning McQueen make a comeback as he faces a new generation of high-tech racers. This speed monster is not used to losing, but he's not getting any younger. Is it time to hit the brakes for good?