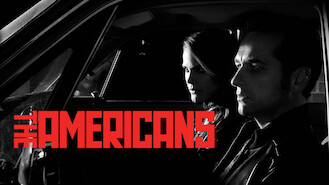 Not in Sweden but still want to watch The Americans?
No Problem!

Set during the Reagan presidency, this Cold War drama follows two married Soviet sleeper agents living discreetly near Washington, D.C. They're a hot young couple trying to live the American dream. Except ... it's the Cold War and they're Soviet spies.