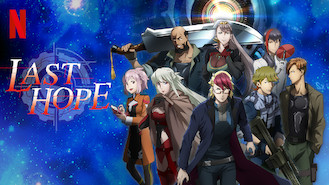 Not in Switzerland but still want to watch LAST HOPE?
No Problem!

After causing the near extinction of mankind seven years ago, genius scientist Leon Lau must now fight the ecological disaster he unwittingly created. His experiment brought humanity to its knees. Now, an ever-evolving terror threatens those who've survived.