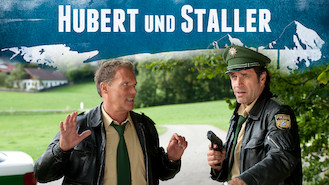 Not in Switzerland but still want to watch Hubert und Staller?
No Problem!

Despite their mismatched styles, police officer partners Hubert and Staller rely on teamwork as they investigate murder cases in rural Bavaria.