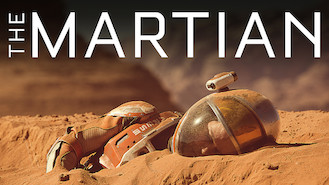 Not in Thailand but still want to watch The Martian?
No Problem!

Abandoned on the surface of Mars, an astronaut presumed dead after a dust storm struggles to survive on the hostile planet and send a message home. He's stranded on a barren planet, and help is millions of miles away. Luckily, he's the best botanist in the galaxy.