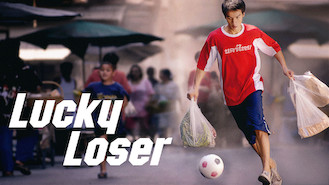 Not in Thailand but still want to watch Lucky Loser?
No Problem!

Denied the coaching job he really wanted, a star footballer accepts his wealthy aunt's offer to assemble a ragtag team in a neighboring country. A guy who catches watermelons. A banned player. A dog catcher. Somehow, he's got to turn them into a winning team.