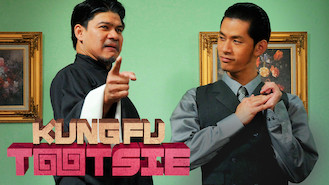 Not in Thailand but still want to watch Kung Fu Tootsie?
No Problem!

When his son and heir is injured by rivals, a mob kingpin finds his son's long-lost twin, whose personality defies gangster clichés and expectations. He never knew he had a twin or a crime-lord father. Now he's got to take over -- but "mobster" isn't exactly his style.