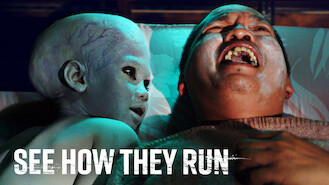 Not in Thailand but still want to watch See How They Run?
No Problem!

See How They Run

In 1982, the lives of the citizens in a peaceful village are disrupted by the antics of a playful ghost boy longing for his father’s attention. He's just a kid, so he can't help making a little mischief. Which would be fine, if he was alive.