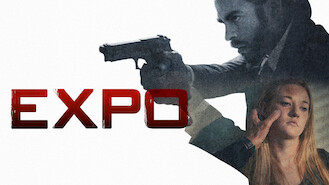 Not in UK but still want to watch Expo?
No Problem!

Mistakenly accused of kidnapping, a veteran soldier leaves a trail of broken bad guys in his wake as he tries to rescue a teen sex trafficking victim. Wrongly accused, he's running out of time to prove his innocence -- which is bad news for anyone who gets in his way.