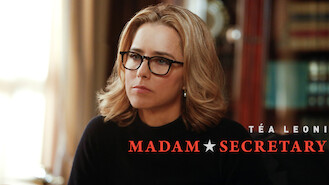 Not in USA but still want to watch Madam Secretary?
No Problem!

When a highly capable woman becomes secretary of state, she struggles to find balance between the demands of world politics and those of her family. She's a political outsider if ever there was one, and she isn't a bit shy about shaking things up.