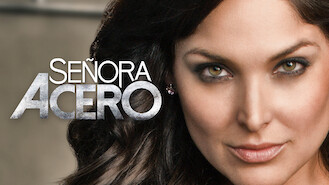 Not in USA but still want to watch Señora Acero?
No Problem!

When her drug-trafficking husband dies, an unassuming woman stakes her own claim in the business in order to care for her gravely ill son. Her husband dealt in drugs, then he died. Now this ordinary woman steps up to try her own hand at the family trade.